The Weird Ways of Water

To follow up on my Youtube video, Recycling Carcinogens, here is more on the weird ways of water.

As you have understood by now I’m not here to alarm my friends but would like to think there are alternative approaches to some basic things in our lives, the idea being that we can all benefit with a little attention.

This is a big issue, perhaps the biggest ever because it concerns the planet and everything on it. A planet with 77% of its surface covered by water, a lot more below and all its inhabitants largely made up of it but totally dependent on it. Yet we don’t even recognize how the earth produces water as you will discover if you Google the subject. No matter, is there anything we can actually do to ensure a healthy supply?

The answer is a very loud yes!

Volumes have been written about the ups and downs of bottled water rather than tap water, the various methods of water-treatment, daily drinking requirements, the dangers of plastic bottles and it would only be sensational to repeat the horror stories.

Some of you will have heard of Viktor Schauberger – the Austrian water wizard – who pulled the unheeded alarm bell with regard to water back in the 1920s. Or Emoto Masaru, the Japanese gent who made us aware that we can have a conscious and immediate effect on water by means of intention, with his wonderful photos of frozen water crystals. Water that has been subjected to Mozart’s music displays a very uniform, pleasing molecular structure when photographed at sub-zero temperatures, whereas water that has been sworn at and cursed reveals a totally chaotic and unpleasant looking structure. What we may not know is how easy it is to have or make that effect.

As is so often the case Nature provides a very simple way to have an immediate and powerful effect on our environment, especially water or food. The spiral.

Create a spiraling motion with your hand over water in a glass or cup. Best to make it in a clockwise direction, the anti-clockwise direction can cause stomach ache!   Creating this movement brings the water into “activity”, recharging it so to speak, enabling water to accomplish its primary function as the conveyor of energy. For thse familiar with the practice of Reiki, it is similar to what you would do when forming the Choku-rei symbol in, with your hand or eyes.

Water is alive. That is a rather strange notion for many because no one teaches us that in the western world where we consider it as a necessary but expendable substance. It is only by inference that such a message is passed in other cultures. As soon as we assume a more active attitude towards water, we are able to play a very positive role in its interaction. Not only for our own metabolisms but the environment.

Perhaps the most astonishing thing about water is that it can be killed and made poisonous by means of chemicals, deadened as a result of incorrect or poor treatment, yet it can be brought back to life again. In much the same way that a vitamin tablet that has passed through a back-scatter X-ray when leaving one country, can be restored to its original strength by tracing a simple spiral over it once it reaches the final destination.

The spiral produces an immediate reaction. Obviously it is quite impossible to prove this, there is no meter to measure, let alone credit the spiral with the change even if the machine did exist. The devices I have been working on in recent years have all been based on the spiral, generating a vortex movement because that is Nature’s way. If you’re interested in learning more or seeing some of my work in all of this you can check out neterenergies.com. As always, try it yourself and let the community know about your experience in a comment – I look forward to hearing from you soon.

The symbols used by the plastics industry and their meaning

On the base of a plastic bottle, you should (if the manufacturer is respecting the law) find a triangle with a number inside. That number informs the consumer of the chemical makeup of the plastic used in its composition:

#1 The triangle with number 1 in it, uses what is known as PET or PETE. It should be used only once and not reused, Antimony is used as a catalyst in the production of PET products. There are indications, naturally denied by the industry that antimony interferes with hormones and can be even be carcinogenic. So mood-swings and cancer are potentially on the menu.

#2 The triangle with number 2 in it is known as HDPE or HDP. This is reckoned to be made of “good” plastic with less impact on us than the other types of bottles when in contact with water.

#3 PVC shows the number 3. This is the producer of the famed dioxin with vinyl chloride at its base producing toxic pollution that can cause a lot of problems. PVC is the most commonly used type of plastic today.

#4 The type of plastic is known as LDPE. A “good” plastic which does not emit chemicals when used in water bottles.

#5 is the plastic known as PP. Coming in white or a transparent colour, sometimes used for quality food containers and bottles.

#6 is the plastic most commonly used in fast food packaging and coffee cups even though it is known to be carcinogenic. It emits styrene.

#7 is a polymer containing polycarbonates (PC). Best to avoid using this as it emits BPA which messes with the brain, behavior, the prostate of unborn children and infants, plus increasing blood pressure.

To sum up, bottles labeled with numbers 2, 4 or 5 are acceptable. Best to avoid bottles marked with 1, 3, 6 or 7, because you will be exposing yourself to dangers unannounced. If there is no triangle on the bottom of the bottle, you know that the manufacturer is not playing by the rules. 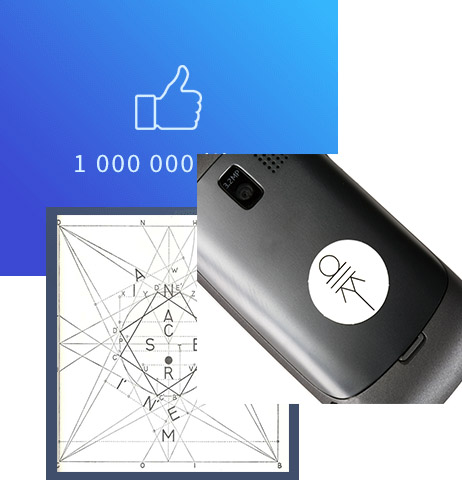